Celebrate National Heritage Week 2020 with us online.  We have a full line-up events ready for you to enjoy at home - videos, blog articles, podcast and exhibitions. We bring you exclusive access to the 2003 documentary Frank O’Connor - The Lonely Voice, directed by Pat Collins. Go back in time to see what Cork was like in 1920, or take a virtual tour of the Rory Gallagher Music Library. You can even celebrate our natural heritage by 3D printing an otter bookmark, a bat charm, or a bee pencil top, created exclusively by Cork City Libraries for National Heritage Week.  Enjoy!

The most popular books about Cork as borrowed by our readers

Songs of Cultural Importance from the Cork Traveller Women's Network

In association with Louise Harrington and the Cork Traveller Women's Network

This article is available in Irish and in English.

Listen to a special National Heritage Week episode of our podcast A City Reading, featuring: a profile of Cork City Libraries online events for Heritage Week; A Brief History of Cork City Libraries; Deirdre Swain reads An Dubh by Máirín Lankford, Claire tells us the most popular books about Cork borrowed from our libraries, and we celebrate sculptor Séamus Murphy in verse.

Cork City Libraries’ Frank O’Connor Library, Mayfield, in partnership with Harvest Films and South Wind Blows, presents an online screen of the 2003 documentary Frank O’Connor - The Lonely Voice, directed by Pat Collins. The film marked the 100th anniversary of the birth of Frank O’Connor, who at one time lived in Mayfield and attended St. Patrick's Boys' National School, Gardiner's Hill. It explores his life and work and his importance as a short story writer and a librarian, through interviews with family members and other interviewees including the American writer Richard Ford and poets Thomas McCarthy, John Montague and Liam O’Muirthuile.

The film will be available to view on Vimeo during Heritage Week 2020.

Step back into Cork of 1920 with Guy’s Cork City & County Almanac and Directory 1920, digitised and made available online for Heritage Week 2020. You can also browse a selection of newspapers from the time, and browse works by Terence MacSwiney. Available on our Cork 1920 page.

Bishopstown Library have created three original 3D files created to celebrate our natural heritage -  a bat charm, an otter bookmark, and a bee pencil top. Visit our 3D printing page to download the files and find out about our 3D printing services. 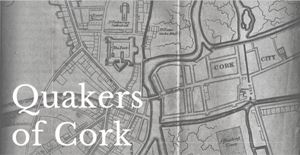 In the first edition of this online series, presenters will look at some of the connections between heritage and education in Cork city. They will start by looking at the wonderful educational resources available through the Heritage Council, who organise and co-ordinate Heritage Week activities nationwide.  Also, they will outline the fantastic heritage projects running in Cork city for National Heritage Week 2020.

Enjoy a 360 degree virtual tour of the Rory Gallagher Music Library at https://poly.google.com/view/3CKj1hBbDpn