In 2020, Tina Pisco was announced as Cork City Libraries’ first Writer-in-Residence. This appointment was funded by Creative Ireland and ran until May 2021.

Throughout the year, Tina engaged with communities on climate change and sustainability through writing and creative thinking.

Read about Tina’s year as Writer-in-Residence with Cork City Libraries: 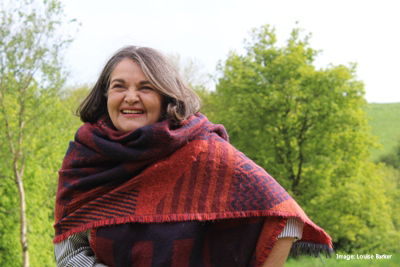 Tina reflects on the projects she undertook, what it was like to engage the public during a pandemic, and her own writing over the 7 months of her residency.

Poetry in the Park 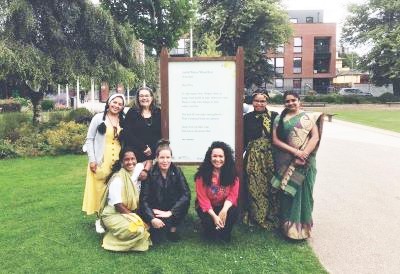 Many Tongues of Cork - poets pictured in Fitzgerald’s Park alongside one of their poems installed to celebrate National Heritage Week 2021 as part of Cork City Libraries’ Poetry in the Park Collection. Included also is Cork City Libraries’ Writer-in-Residence, Tina Pisco

Tina Pisco’s writing career spans a wide range of genres and mediums. Her published work includes best-selling novels, a poetry collection, newspaper columns, and a short story collection; along with articles, comics, scripts and even a cookbook.

Tina is actively involved in Community Arts and has worked with schools, Community Arts Centres, the Travelling Community, asylum seekers in direct provision, and many other groups.

The Writer-in-Residence programme also aims to give the writer the time and space to work on her own writing.

“I am delighted and grateful to Cork City Libraries for this appointment, notably because the brief fit so well with my current writing project. To be given the space and time to develop one’s writing is a rare gift indeed.

I am currently writing my second collection of short stories. The working title is The Dithering: Tales from the Peri-Apocalypse. The goal was to create a gestalt (whether the stories are stand-alone or interlinked) that gives the overall collection a solid sense of place and time: the peri-apocalypse on our planet.  My own personal journey from armchair activist to volunteering in Nea Kavala refugee camp in Greece, compounded with the death of both my parents in the last four years and a close brush with terrorism, is also very much the motivator for choosing this theme.’ - Tina Pisco

Enjoy this special episode of our talking newsletter

As Cork City Libraries' Writer-in-Residence term comes to an end, we bring you a special episode featuring writings by members of the Cork Non-Fiction Group written during workshops with our Writer-in-Residence Tina Pisco. We feature: Thoughts on a day in spring by Jane Killingbeck, Enlightenment on a river in Prague by Sara O’Mahony, Perceptions and Facts an informal essay by Marie Guillot, Saving Planet Earth by Cecily Lynch and Lockdown Lessons as I say Goodbye by Tina Pisco

A Carol's Christmas by Tina Pisco

Many years ago, in the time before the Before Time, I was ready to jump from the short story to the novel, but did not have a clue how to go about it. I can’t remember how I landed on the idea that writing a modern version of the Dickens classic A Christmas Carol  was the launch pad I needed. I do remember I felt that those pesky problems of structure and pace would be easier to tackle if I followed Dickens’ template. I was also inspired by reading that Dickens had written the novella in six weeks motivated by financial necessity.  My younger self was impatient to finish a longer work, and financial necessity seemed as good a reason to write as any higher calling.

Dickens’ A Christmas Carol  was published on December 19, 1842 and sold out by Christmas Eve. It was reprinted 13 times by 1844. (Well done Mr Dickens!) My version was not published for nearly twenty years. However, it did get me a publishing contract, and my first agent. It became my calling card until I wrote my first full length novel: Only a Paper Moon  (Poolbeg).

A Carol’s Christmas  finally found a home in my first collection of short stories Sunrise Sunset and other fictions  (Fish 2016). It was wonderfully fitting, as Clem Cairns, the publisher, was the one who had encouraged me to write it all those years ago as we sat in his garden in Durrus, overlooking the Atlantic. When we decided to include it in the collection, I dusted it off, rewrote bits, updated the technology, and slightly altered the ending to reflect my 21st Century family. I changed very little. Though the years have passed, the things that were important to me then are still important to me now though many, many things in my life are different.

I hope you enjoy reading A Carol’s Christmas  and wish you and yours a very Merry Christmas and a Happy New Year.